What's a Stall of a Kite and How to Prevent It

One of the most common mistake among beginners: a must to avoid it

Many times it has happened to me to see kitesurfers stalling their kites with sad or even disastrous results. 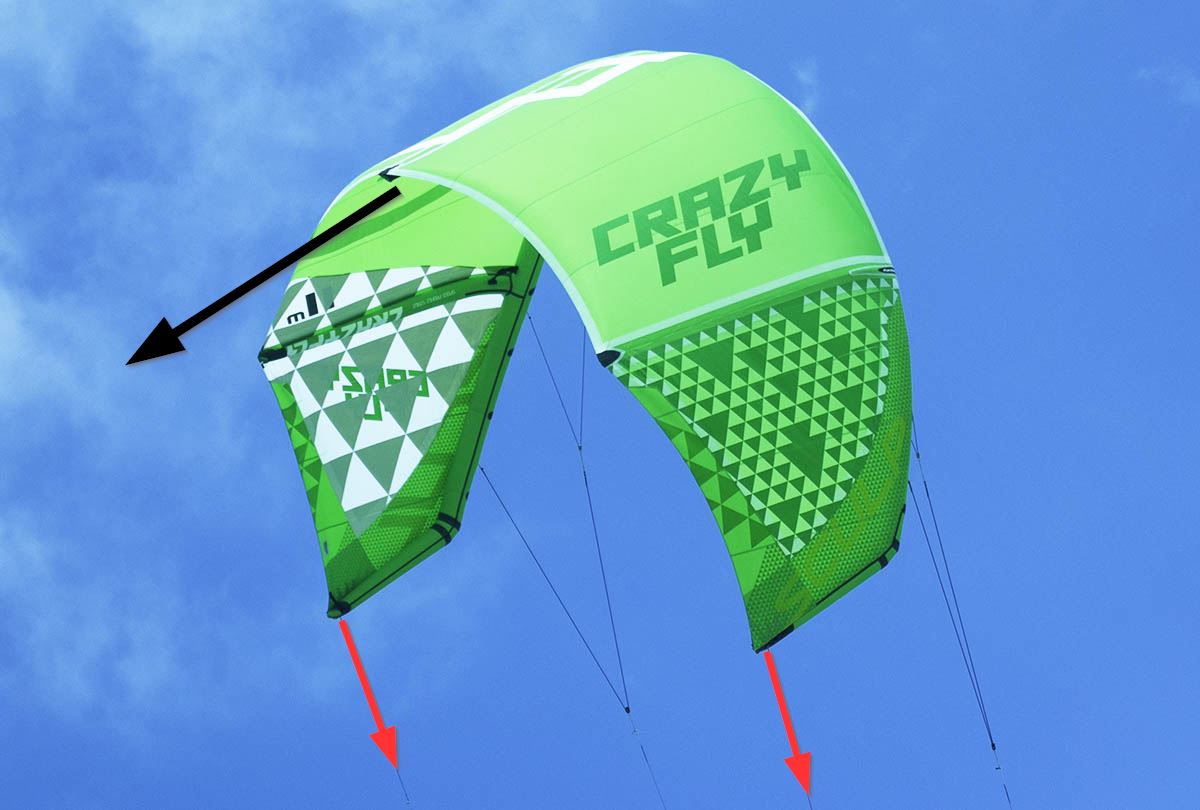 This occurs especially in low wind conditions, but if your kite has bad trimming, it can happen also with stronger winds, making it much more dangerous.

The video below shows how kite stalling happens:

In many kitesurfing manuals, the powerkite behavior is very well explained, but from my experience, the concept is rarely transmitted to kiteboarding students and isn't exposed well enough to a huge amount of kiters. The result of that is easily visible on low wind days and, as shown in the video, can lead to dangerous situations both for the kite and the kite gear.

So, what does it mean to stall a kite?

Well, a powerkite is nothing more than a curved wing held by our lines, which influence its position in the air. 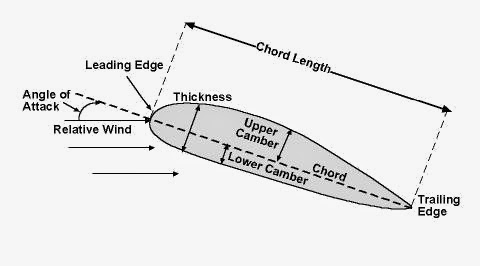 The principal way to represent the behavior of the wing in relation to the wind is to consider the degree of its angle of attack. The angle of attack represents the angle between the wing chord and the relative wind direction.

By changing the angle of attack we can change the lift produced by the kite: the bigger is the angle, the stronger is the lift, but just up to a critical limit, where the kite (or any wing) starts to stall. Any further increase of the angle of attack above the critical angle will cause the wing to back stall. Let's see why.

Any wing generates uplift by deviating downwards the flux of the fluid through which it moves thanks to two main actions, the depression on its top surface and the action of the fluid on its bottom surface:

Any wing basically has a lower and upper camber which have different shapes. The upper camber has a more accentuated curvature: this creates a longer path for the air passing on the extrados of the wing, forcing it to move at a faster speed than the air on the lower side. The difference of speed, according to Bernoulli's laws, creates a depression on the upper side of the wing, which generates one of the main components of the lift (being the second, as said the overpressure due to the particles of air hitting the bottom of the wing)

1. We enhance the difference of length of air paths between top and bottom cambers. This results in even lower pressure on the top surface therefore in a stronger lift.
2. The angle of the wind on the bottom surface becomes more accentuated leading to more overpressure. 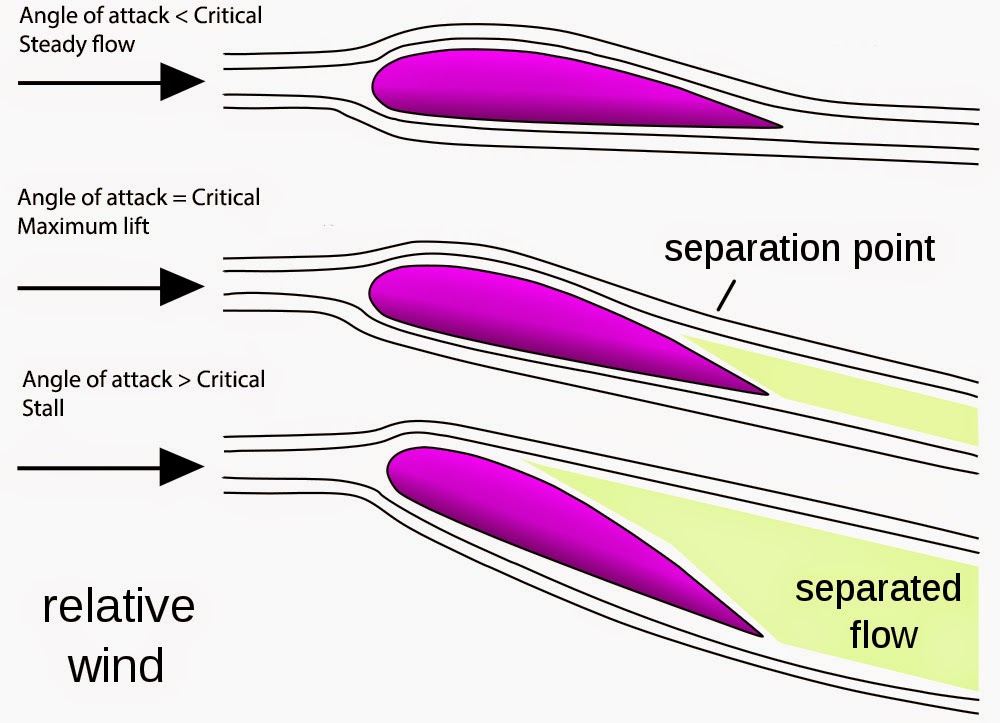 Experimental evidence shows what happens: the upper air layer detaches from the wing extrados, creating turbulence, which enhances the pressure on the upper wing's surface, practically nullifying one of the lift's main components and reducing the amount of fluid deviated downwards. The result is a drastic reduction of the overall lift.

So when are we stalling the kite? Now it's easy to understand: when the angle of attack is too big: in other words, when the back lines are too short, due to the excessive pull on the bar or to a bad kite trimming.

That's what happened to the guy in the video: he was continuously pulling the bar and overpowered the kite.

We can understand the kite is stalling by simply observing it:

1. The kite starts to fall back on the trailing edge, in the powerzone direction just in front of us;

2. The kite's shape in not straight as usual but the tips tend to close behind (see the above image: the purple kite has a more pronounced arc shape, the green is flatter and more open).

What do we do in that case? As usual, we follow one of the best rules in case of control loss: we release immediately the pull on the bar or even let it go completely. By doing so, the kite will immediately stop stalling, flying back to the border of the window. In this movement it will generate power, because as soon as it gets out of the stall, the lift is restored.

The pull will be proportionate to the distance from the border of the window: if the kite was all the way down in the powerzone, the pull will be strong!

This fact leads us to two final conclusions:

1. The faster you cease to stall the kite, the more promptly the kite will fly back towards the border of the wind window, generating a less dangerous pull;

2. If you had stalled the kite completely in the power zone - especially if the leading edge is still pointing upwards (as in the third attempt in the video), you might want to activate your quick release in order to prevent the unwanted kite restart and huge pull. 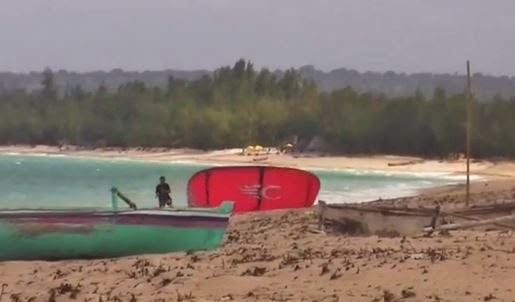 If you have any comments or questions, please share your opinion with us!

Are you a good assistant during a Kite launch and landing?

Are you a good assistant during a Kite launch and landing?